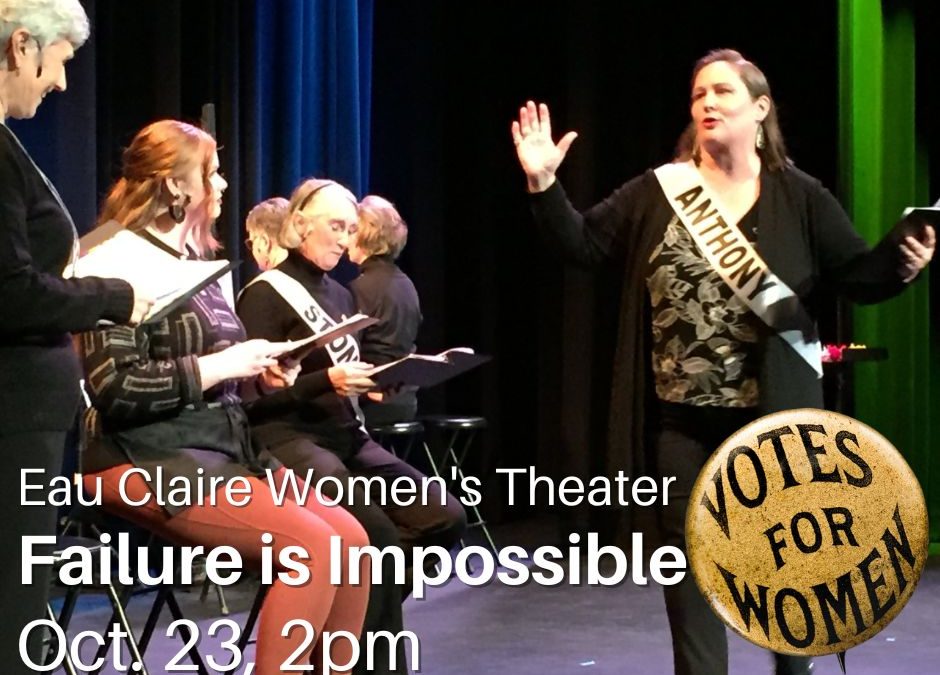 The League of Women Voters requested the performance of Failure is Impossible as part of a celebration of the 100th anniversary of the passage of the 19th amendment to take place in the Chippewa Valley in 2020. Unfortunately, much like the very story of suffrage itself, the celebration was delayed.
However, like the suffragists, the women of ECWIT persisted and the show was first performed at the historic Mabel Tainter Theater in 2022 – where Susan B Anthony herself stood so many years ago!
As a powerful representation of the history of suffrage, audiences have been surprised by the depth of emotion it evokes